Before I found succulents, I was a notorious plant killer. All of my houseplants ended up on death row (RIP), and I thought I was subjected to the life of a perpetual plant murderer. Instead, I decided to stop watering my dead plants, and find something low-maintenance. Soon after I discovered succulents! Lucky for me, succulents are resilient and require minimal care (+ they also look really cute).

Keep reading for a simple DIY succulent planter. This arrangement is super easy, and makes a perfect home-decor item or centerpiece. 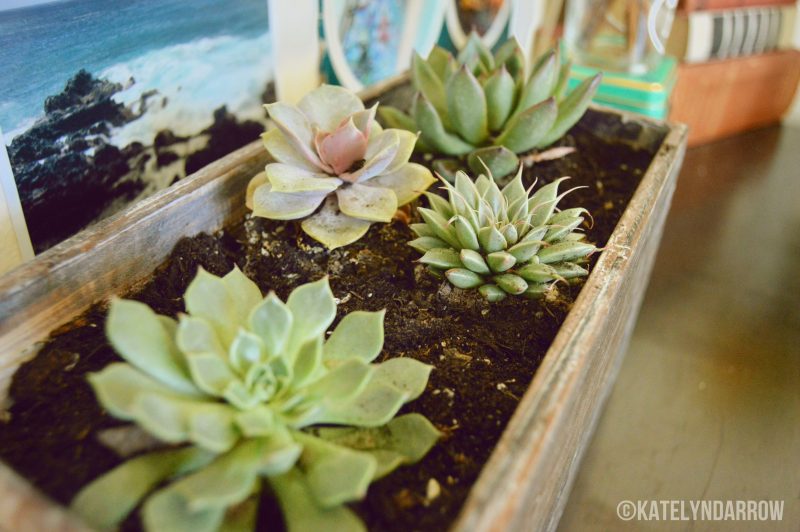 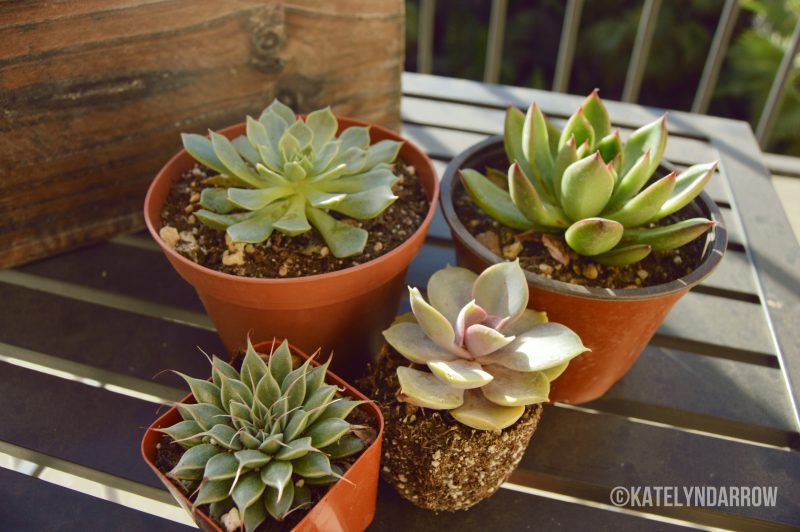 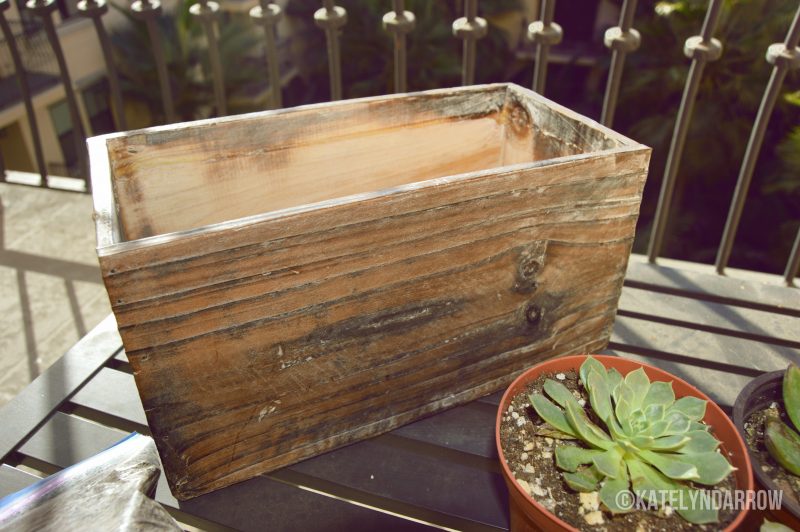 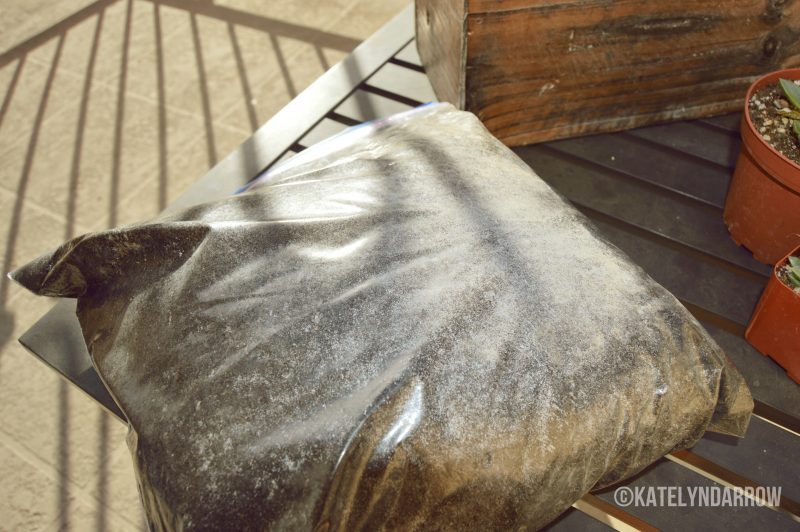 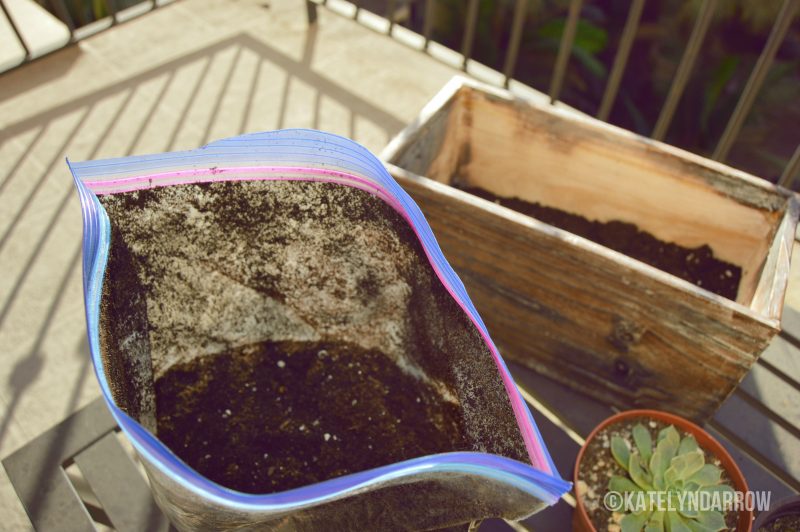 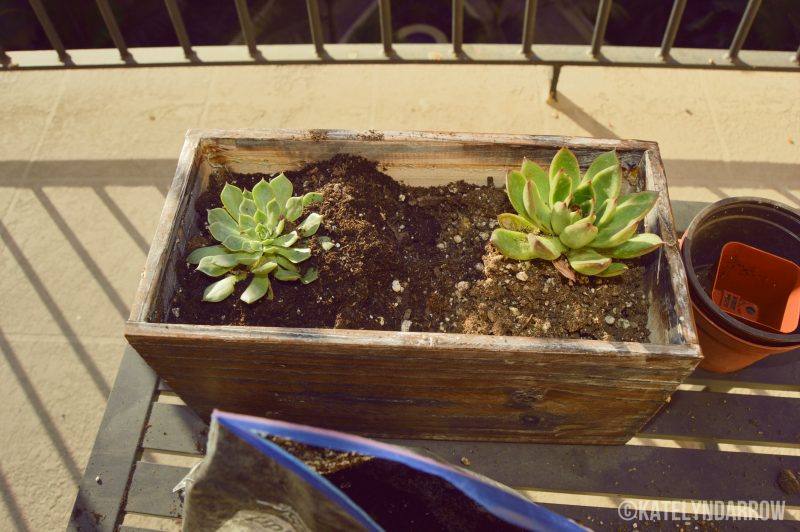 Ultimately, I ended up putting the succulents on my desk in my bedroom. I’ve been wanting to add greenery to my space for awhile now, and I really love the way this planter turned out. 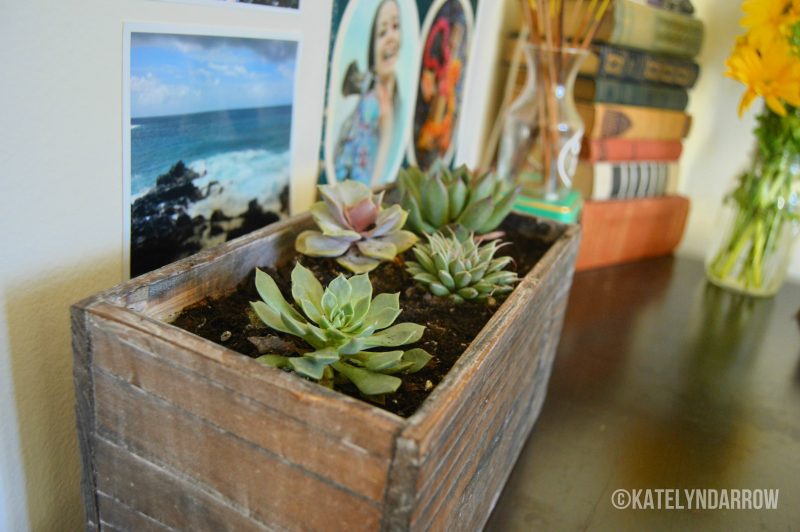 I hope you liked this simple little DIY. On a similar note, I’m also in the process of making an herb garden on my balcony. I’ll admit that right now my “herb garden” only consists of a small wooden box filled with dirt. I haven’t bought or planted any actual herbs YET, but I will soon. I really would like to fill my apartment with more plants in the coming months. (I won’t stop until my apartment becomes a forest).