Yesterday was the Super Bowl, which I guess is a really exciting thing according to my Facebook newsfeed. Despite being a cheerleader in high school, I don’t know much about football. I was calling the New England Patriots the “blue team” all day, until a 7/11 employee corrected (aka scolded) me.

Story time: I distinctly remember in 9th grade, it was a couple days before the Super Bowl, and I went up to my lunch table and was like, “Who’s excited for the World Series?!”

Someone finally broke the deafening silence and was like, “Um, that’s baseball,” And then I was shunned for the rest of the day, so ever since then I’ve stopped trying to keep up with sports. (The only exception is the Olympics, which I watch religiously. Sidenote: I will be so incredibly ~happy~ if Los Angeles wins the 2024 bid).

Because of my ill-informed background with football, I decided to have an alternative Super Bowl Sunday this year and go hiking with a few friends.

My friend Shannen was born and raised in Santa Monica and recently told me that she’s never hiked up to the Hollywood sign. All of my LA-native friends are like, “Why do you want to hike there? That’s for tourists!” But I love doing it every couple months, because I remember visiting California for the first time 5 years ago and being in complete awe of this city. It’s strange living here now and having memories tied to every street corner.

I actually found a picture from the exact spot I went to yesterday, from 5 years ago. It was the summer of 2012, so the sky was clear and bright blue (compared to February’s cloudy, rainy day), BUT look how green Griffith Park is right now! There is so much grass and plant life growing, which is somewhat rare to see. Usually it’s just dirt. 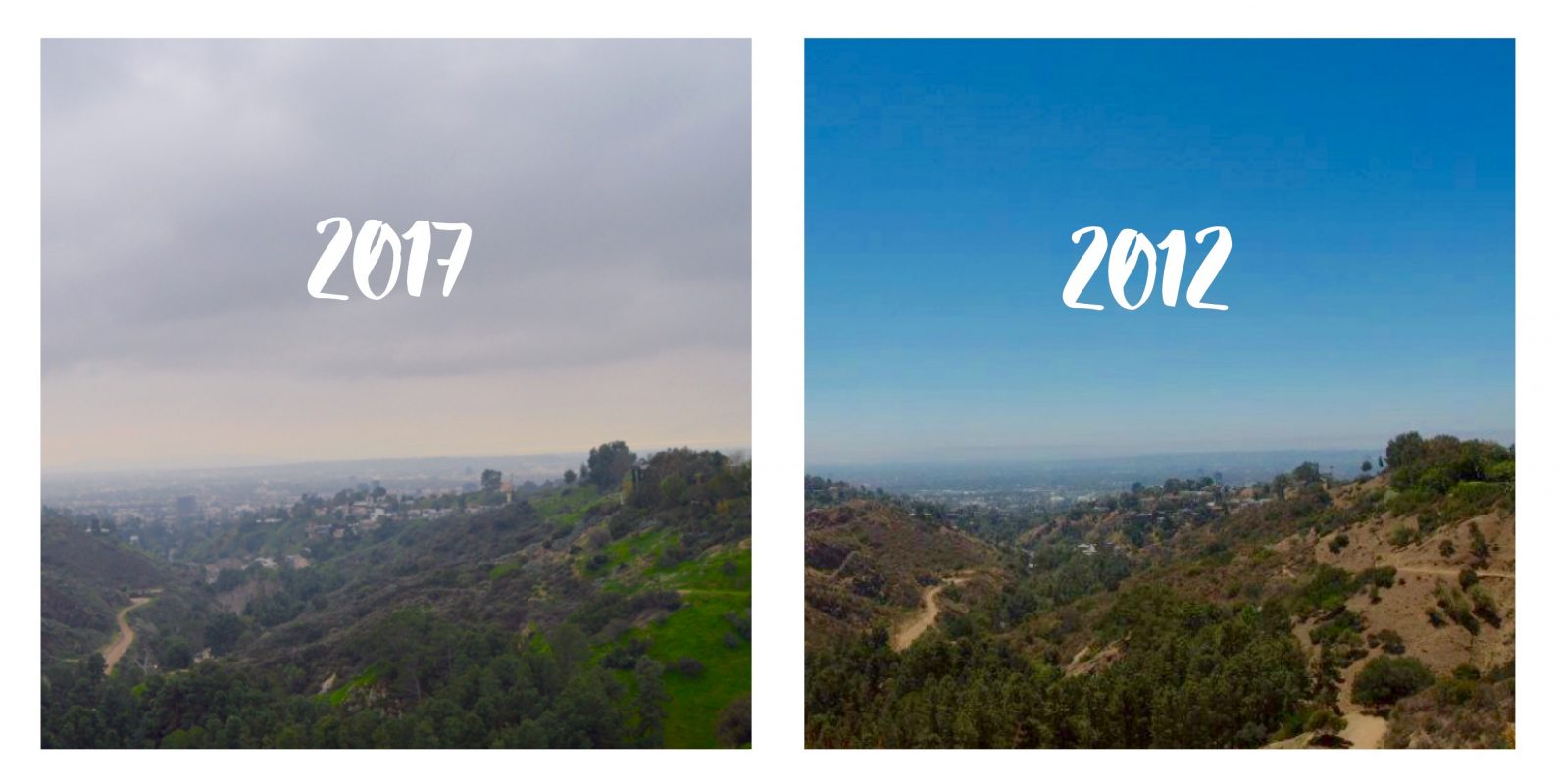 In the beginning of 2017 I took on the 52 Hike Challenge, although I’ve been falling behind recently. If you haven’t heard of the 52 Hike Challenge before, it’s “a global movement inspiring you to take a personal journey to discover the physical, mental, and spiritual benefits gained through hiking once a week for an entire year.”

I took that quote from their website, and it kind of sounds like an ad for Eat, Pray, Love.

Basically, you hike one trail / once a week, for a year. I thought it would be easy because I already go hiking semi-regularly, but the last few weeks I’ve kind of been half-assing it + not fully committing. I’ve realized that it’s nearly impossible to get to hiking spots without a car, and while I don’t mind the metro trains and buses, they only reach so far. If you’re planning on leaving the city and heading into the mountains, driving is necessary.

Also, it’s really hard to convince people to hike! Maybe I need to work on my pitch, because whenever I ask people to go hiking, their responses range from, “Hiking is, like, dangerous” to “I hate all types of physical activity“. But luckily I found a few souls who were willing to explore Hollywood Hills with me yesterday. It was a really fun day, despite the gloomy weather… 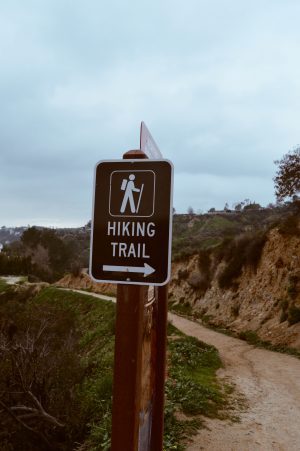 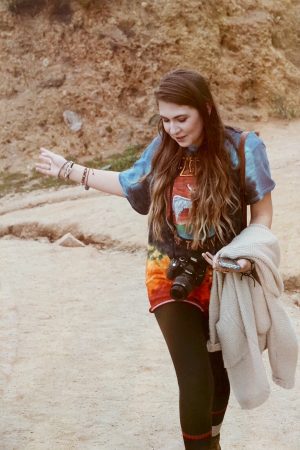 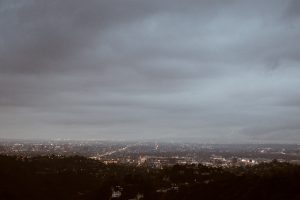 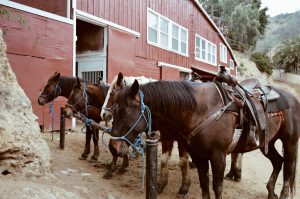