My little sister is visiting me in Los Angeles this week, and we decided to take a spontaneous trip up to northern California. I’ve lived in California for a year and a half, but I’ve never traveled past Malibu. So, I met her at LAX and we flew up to San Francisco together! ✈️

We were able to fit a lot into four days, including the Golden Gate Bridge (did you even go to San Francisco if you didn’t drive/walk/bike the bridge?), Fisherman’s Wharf, the Walt Disney Family Museum, Chinatown (we stumbled upon the Chinese New Year Parade while we were there), Alamo Square + more. There’s so many things I love about San Francisco, but I’ll keep it short and only include my top 10.

~10 Things I Love About San Francisco~

• wasting quarters on the antique arcade games at Musée Mécanique

• colorful houses on steep hills (the Painted Ladies were my favorite)

• the smell of pine and cypress in Golden Gate Park

• getting dizzy on Lombard Street

• the murals in Mission District

• the balance between nature + city 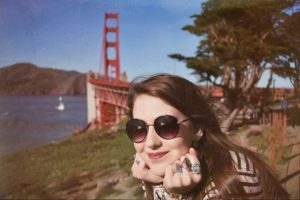 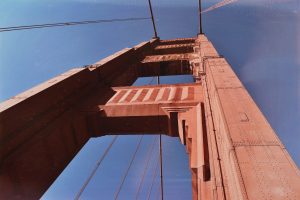 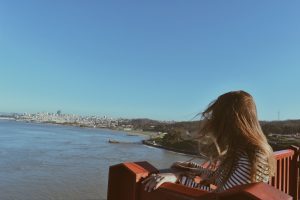 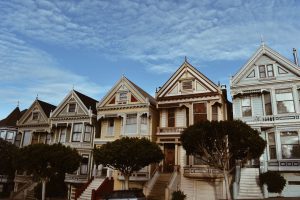 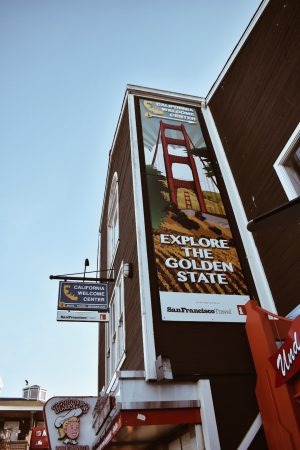 I’m so, so glad I finally had the chance to visit. I want to explore more of California in 2017, because it’s very easy to get stuck in Los Angeles. I was in San Diego last month for the San Diego Yoga Festival (read more here), and it opened my eyes to how awesome the entire state of California is – not just LA.

Still on my CA travel list: Santa Barbara, Joshua Tree, Yosemite, the hippie commune from “Into the Wild”, Big Sur, Santa Cruz… Am I missing any other cool destinations?

Have you been to SF? If so, what was ~your~ favorite thing?

PS – I am going to Orlando, Florida next weekend because I’m contracted to write a few articles for Universal Orlando Resort’s blog. If you’d like to follow along, check out my social media links below! xx