I am a huge Gilmore Girls fan. I’ve watched all 7 seasons (154 episodes) several times, own multiple Luke’s Diner coffee mugs, and can recite an embarrassing amount of scenes. Since the show ended in 2007 I have been subjected to re-runs, so naturally, when the revival was announced I was beyond excited. The other night I was actually able to go to the premiere (!!!) and see a screening of the first episode. I promise I won’t give any spoilers in this post, but I will say that it was amazing. 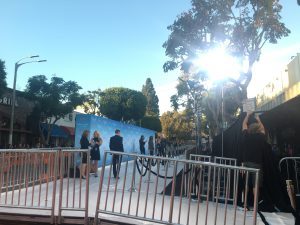 I always felt like I had a unique connection to the show, because I grew up in a very small town, and Gilmore Girls accurately depicts what that experience was like. Everyone truly knows everyone, and there is a sense of community in Stars Hollow that I always thought was like Pitman (the little New Jersey town where I lived!). The series is also really special to me, because it’s the TV show that my mom, sisters, and I would consistently watch together when I was growing up. 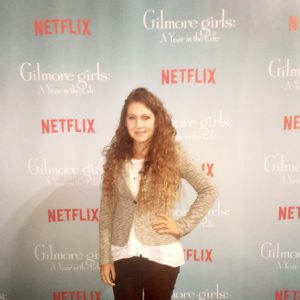 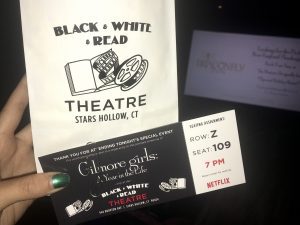 The screening was so much fun – I’m very grateful to have attended! All of the main cast was in attendance, speaking with press before the screening. The main lobby of the theater was transformed into the Black, White, and Read Theatre, which is the fictional movie theater in Stars Hollow. 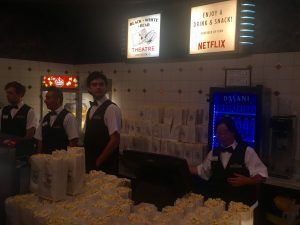 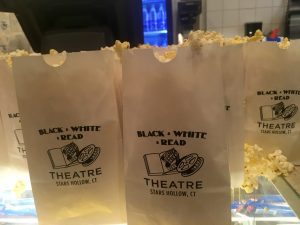 Gilmore Girls: A Year in the Life comes out this Friday, November 25th! It’s a mini-series on Netflix and consists of four episodes. The revival is set nearly a decade after the show ended and follows the Gilmore Girls and their Stars Hollow community throughout one year. Each episode is set in a season, and the episode that was screened at the premiere was “Winter”. I actually started crying as soon as the episode started, because I felt so much nostalgia for these characters I grew to love. To actually see them again and watch their story continue was pure magic.

Also, before the episode started, there were Stars Hollow ads featured on the screen. If you are familiar with the show, you should recognize the businesses and announcements! Click the gallery below if you would like to see them all.

Who else is excited for Gilmore Girls: A Year in the Life?

PS – Team Rory and Jess 4ever